Another new acquisition (Feb. 2016) is another ER100 – details and pics of this further down the page.

I also have an ER100 in my collection.

This one was in good working condition but needed some refurbishment – 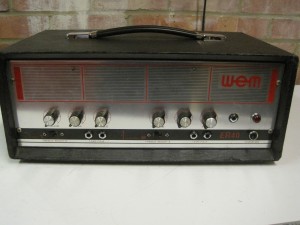 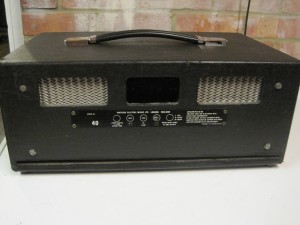 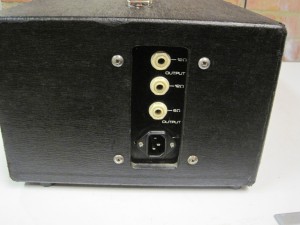 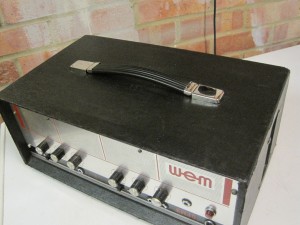 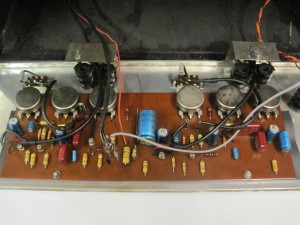 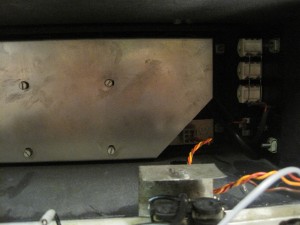 In the last picture you can see the output sockets which are the same as all ER and PA amps in that there are 3 sockets simply wired in parallel so it doesn’t matter which combination of sockets is used as long as the total impedance of the speakers connected to the sockets is 6 ohms or just over, as that is the standard output impedance on these amps. Two of the sockets are marked as 12 ohms but that is just a guide to indicate that 2 x 12 ohm speakers can be used to make 6 ohms.

Here is the new ER100.  It needed a few connections re-soldered plus a new handle, new feet, and a good clean and polish. It’s now looking and sounding great.

Here are some “before refurbishment” pics – 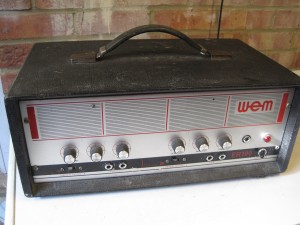 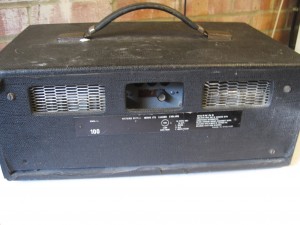 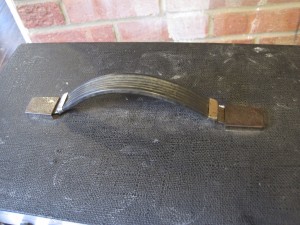 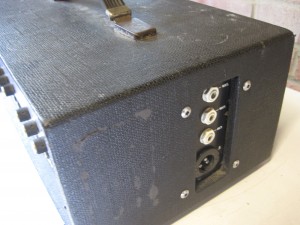 And here are a few “after refurbishment” pics – 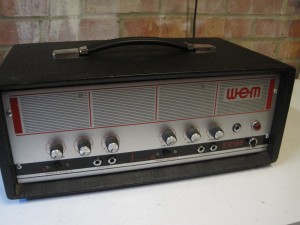 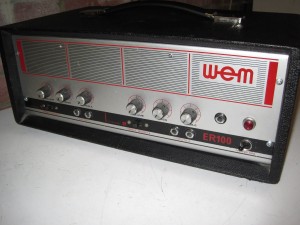 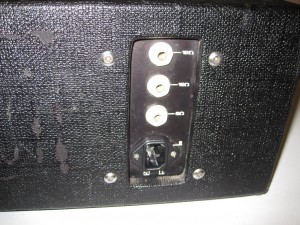 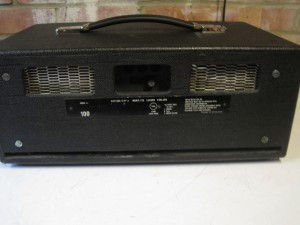 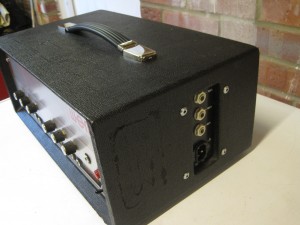