The PA100 and PA40 are the same apart from the power amp stage and the signage on the front panel.

The first pictures show the PA100 that I have in my collection and these are followed by the PA40 acquired Nov. 2015

PA100 – This amp is identical in every respect to the ER100 apart from the lettering on the front. It uses the same power stage as most WEM 100 watt solid state amps and powered mixers and the same pre-amp stage as the PA40, ER40 and ER100.

It’s a pretty basic amp (just the way I like it) with 2 channels and 2 inputs on each channel.

Nothing much more to say although there is a little more info on the ER range in the Amps for guitar page. 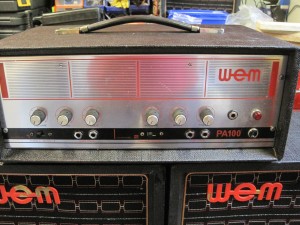 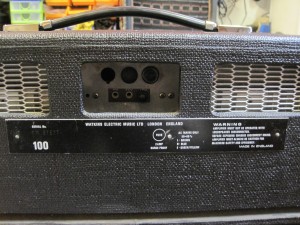 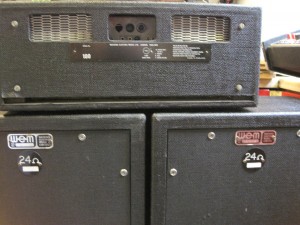 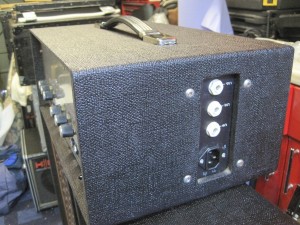 PA40 – The following pics show my PA40 before and after refurbishment. To refurbish it I fitted new feet and a new handle. I also replaced the old Bulgin mains socket with an IEC mains socket (to meet current safety standards) and I replaced the mains neon indicator light as the original had stopped working. Then I gave it a good clean and polish. 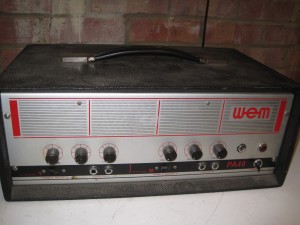 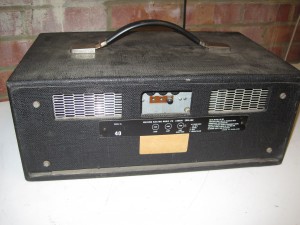 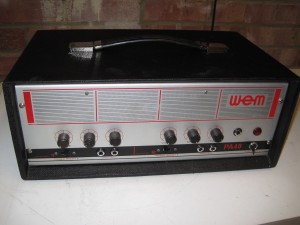 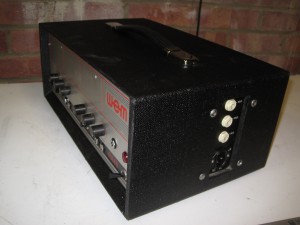 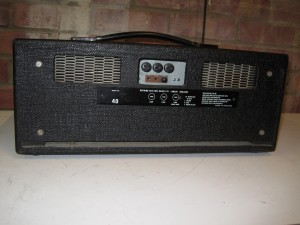