Here we have the 2×15 version of the standard WEM instrument cab which was made in 2×12, 1×15, 2×15, and 1×18 versions. I acquired this cab in May 2016 and the thin rexine outer covering (rather than the thicker later tolex) and the low serial number, suggests this cab probably dates from the late 1960s. Also, the cab still has its original “Starfinder Twin 15″ badge on the front and I’m not sure that later models had this. WEM used Celestion 15” drivers in a lot of their bass and PA cabs but this one has the Goodmans drivers – probably Axioms – that were also often used. The cab has lasted well and is in very good condition and it sounds excellent. I don’t know why, but WEM used 12 ohm drivers in many of their cabs and this one is no exception. It’s probably because the output impedance of many of WEM’s amps was 6 ohms. Both drivers are 12 ohms and they are connected in parallel making the overall impedance for the cab 6 ohms. The castors are not original but do make the cab a lot easier to move as it’s not light. The cover is original WEM although not originally from this cab. 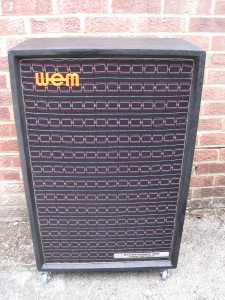 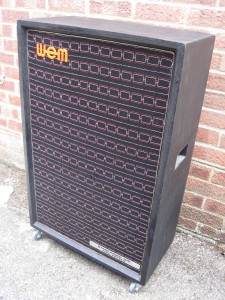 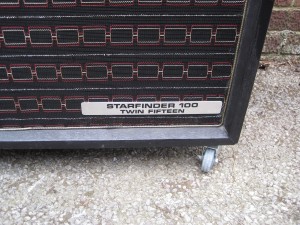 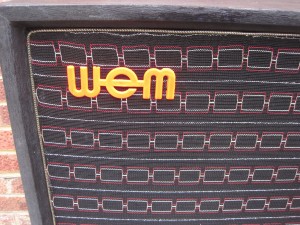 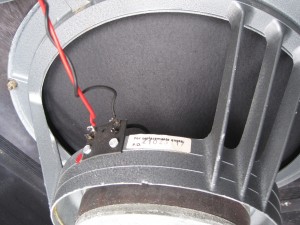 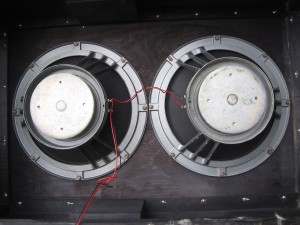 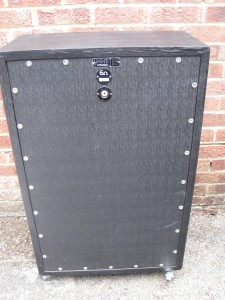 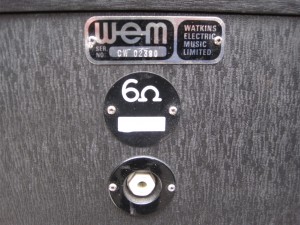 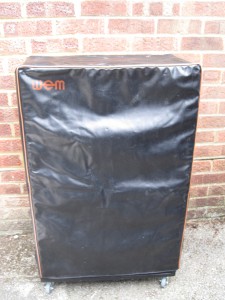