This power amp was the successor to the SL100. It appears in the 1977 Bell Musical Instruments Catalogue. WEM also made a 200 watt version which included a VU meter but around 1979 it was superseded by the Soundman range including the Soundman 300.

The internal pictures show that the electronics are very similar to the SL100 but the front panel is very different. Since taking the following pictures I have replaced the original Bulgin power connector with an IEC connector in order to meet current safety guideline.

This particular example which I acquired in November 2018 still has its original cover which has a pocket for holding the mains cable – something I’ve not seen on any other WEM amp cover. 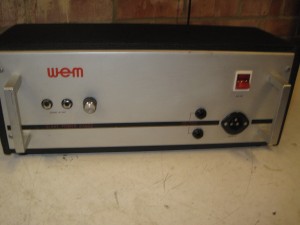 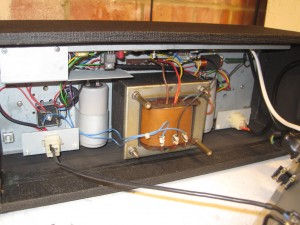 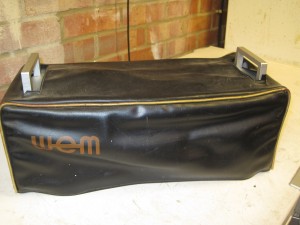 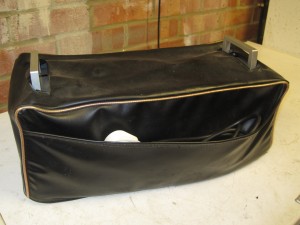 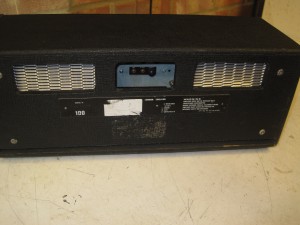 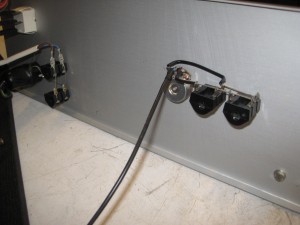