This cab doesn’t appear in any of my catalogues but it has very similar characteristics to a 2×12 PA cab that appears in the 1979/80 Bell Musical Instruments catalogue.

The first pics are from a cab which I acquired in September 2019 and they show that Celestion G12T-75 drivers have been fitted. However, I’m informed that these drivers possibly didn’t come out until the mid/late 1980’s so it’s possible they might not be original but I’m hoping they are. 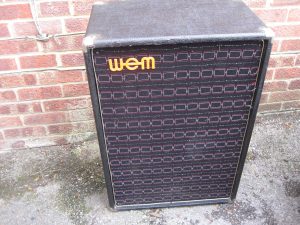 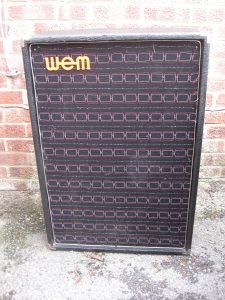 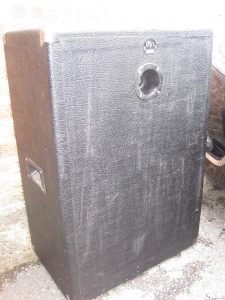 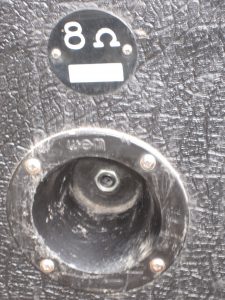 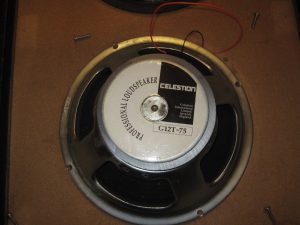 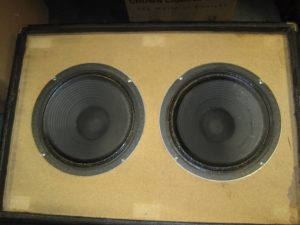 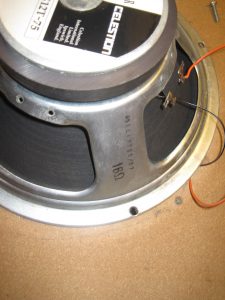 The flash has obscured the writing on the white part of the impedance tag but it states it’s a “Super 100 Twin”.

Many thanks to Jon for permission to use the following pics of his example of this same cab. –

These pics show the cab is identical to mine but the drivers are Celestion G12S-50s rather than G12T-75s. I have no reason to think they aren’t original. 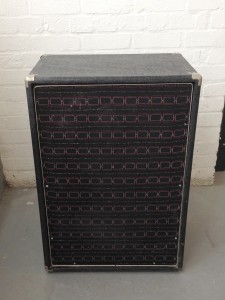 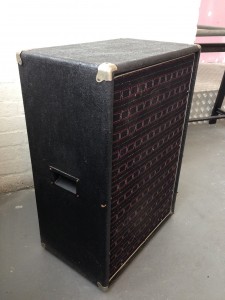 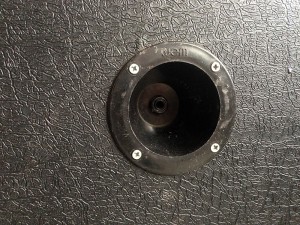 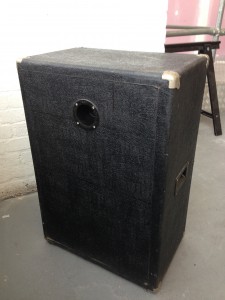 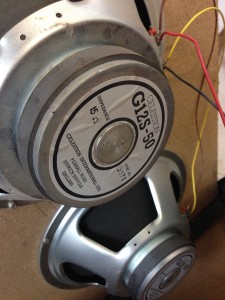