The Super Shadow Copicat was one of the later Copicats to be made and dates from the early 1990s. There were two versions, Type 1 and Type 2, which looked almost identical and you can find pictures of these on the excellent Watkins Guitars and Vintage Hofner websites.

However, the following Super Shadow variation was listed on Ebay in November 2015. Many thanks to Nick from London for permission to use his pics. I’ve not seen this variation in any WEM documentation or WEM related websites so it is a bit of a mystery. I assume it also dates from the early 1990s but I don’t know if it pre-dates or post-dates the Type 1 and Type 2. 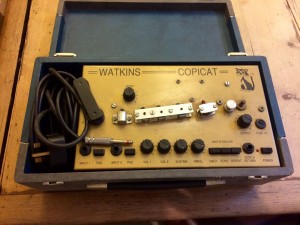 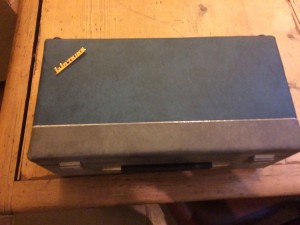 Many thanks to Blewett for the following update –

“I think this is basically the “Super Shadow Jr.” version that had only three heads; the “real” Super Shadow had an extra head. I bought the four head version in 1994, and I remember that I had the option to order a Copicat with either 3 or 4 heads.”