I acquired this pair of 4×10″ PA columns in December 2016. As can be seen from the initial pictures, they were in need of some TLC, partly due to the splashes of white paint in numerous places. I would estimate the cabs date from the mid 1970s. Although the cabs are labelled on the back as 12 ohms, they actually contain four, 16 ohm 10″ Peerless drivers and I’m certain that these are original so the cabs are actually 16 ohm. The drivers don’t have a label showing their wattage but I would guess they are around 15 watts each so each cab should handle around 50-60 watts. Sadly, in one of the cabs, one driver had seized and another had coil rub so they needed to be replaced. Fortunately a good friend, Roger, came to the rescue and supplied me with a pair of HH, 10″, 16 ohm Invader drivers for which I was very grateful as 16 ohm 10″ drivers are quite hard to find. I took one good Peerless driver from the cab that had four good drivers and used it to replace one of the damaged drivers. I then used the HH drivers to fill the gap in the good cab and to replace the remaining damaged driver. I did it this way to keep the cabs uniform.

Here are the cabs and drivers as they were when I received them :- 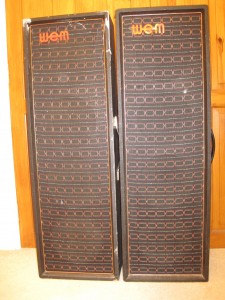 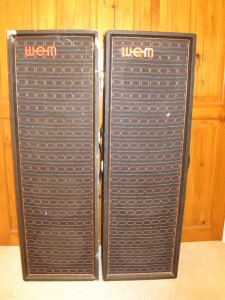 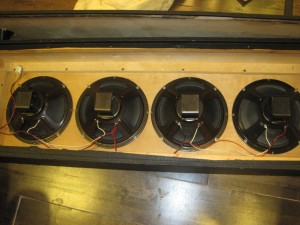 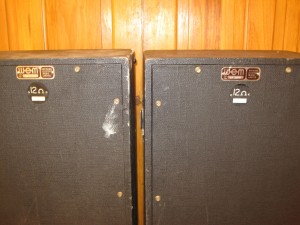 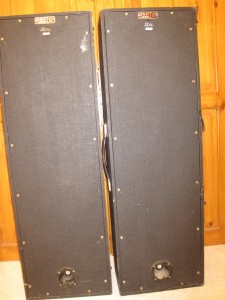 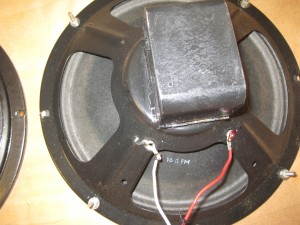 Here they are now with all white paint residue removed, with 2 replacement drivers, 2 replacement handles, and a good clean and polish :- 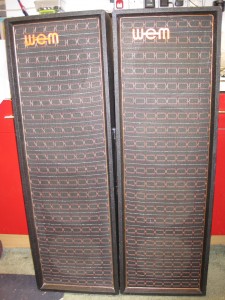 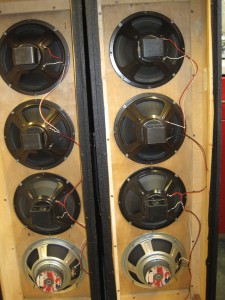 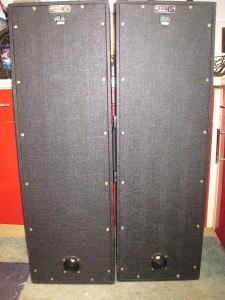 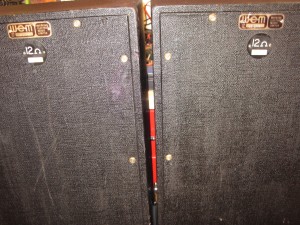 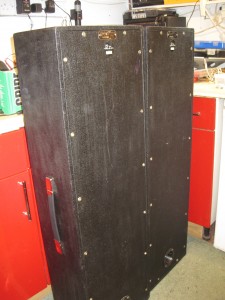