This nice little combo has just arrived (May 2018).

Not such good news is that it needed quite a lot of tidying up. If you scan down this page you will see what tidying up I did and how it looks after it was finished.

For those who aren’t familiar with the Power Musette – it’s identical to the WEM Dominator, in this instance a Dominator Mk II, but it has a different driver which has a whizzer cone.The cone makes it more suitable for accordion, which was Charlie Watkins’s great love. However, it sounds pretty good with a guitar as well. 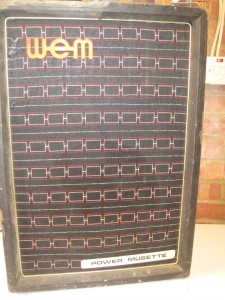 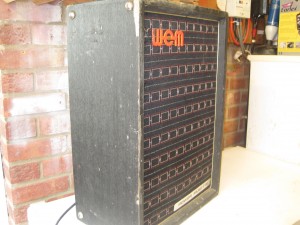 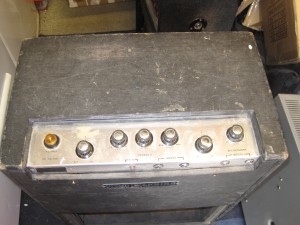 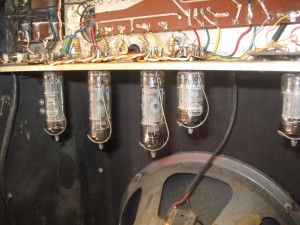 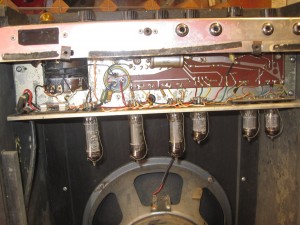 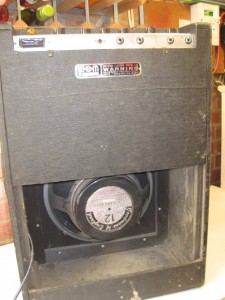 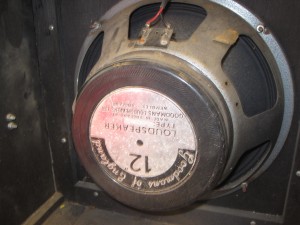 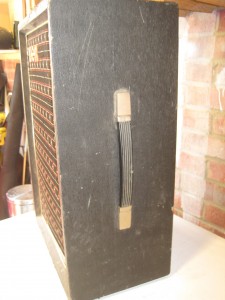 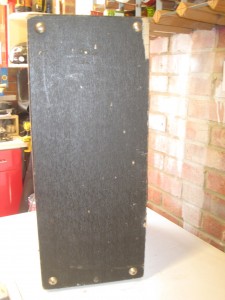 First job was to remove the amp section and put away somewhere safe and then remove all the bits and pieces. 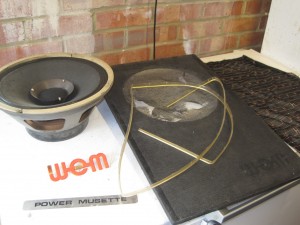 It’s at this point that you can see the difference in the Power Musette speaker. You can see that it has a whizzer cone in the middle – supposedly to give better response for accordion and keyboard. 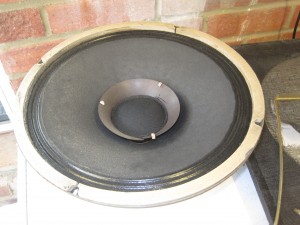 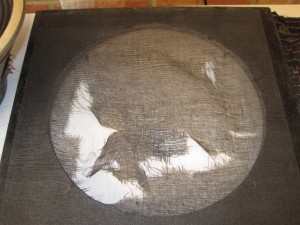 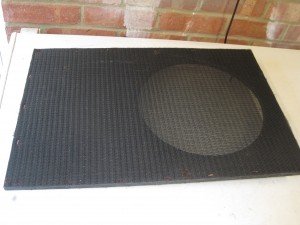 Once that was done, along with a minor repair of a small hole in the patterned grill cloth, I was able to reassemble the front baffle – 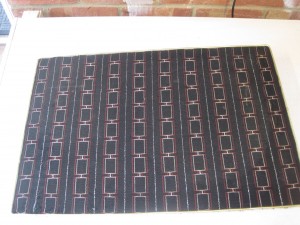 I cleaned up, applied a couple of small patches, and then polished the rexine on the cab – 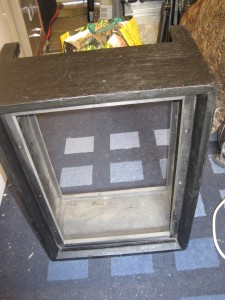 I also gave the inside a coat of black woodstain, after first refitting the front back into the casing – 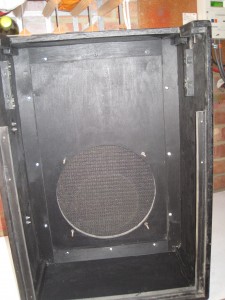 I then cleaned the amp fascia and knobs and also applied switch/contact cleaner to all the pots, sockets and valve bases. And I also fitted a replacement matching handle.

And so now I was in a position to reassemble everything – 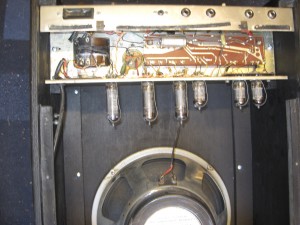 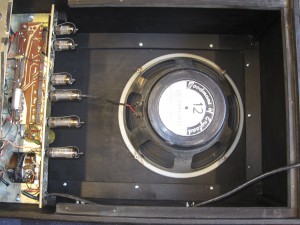 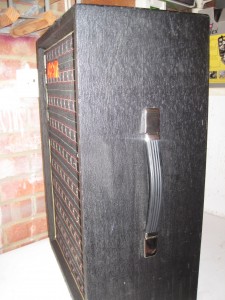 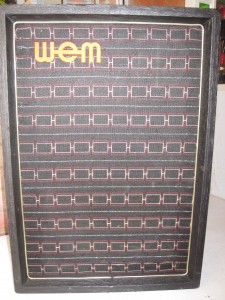 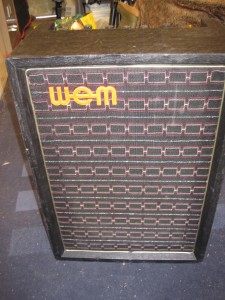 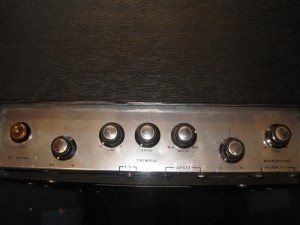 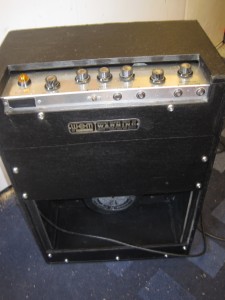 Job done – everything works, including the tremolo, and sounds good.

I’ve decided, for the time-being, to leave off the Power Musette logo from the front panel as I may replace the driver with a standard driver designed for guitar which will, in effect, make this a Dominator Mk II rather than a power Musette.