This is a very basic reverb / mixer unit comprising of 5 mono input channels each with a gain control and a reverb gain (level) control. There is also a Master Fader and master Reverb Sensitivity control.

Acquired in June 2015, this Reverbmaster is a very rare item. I hadn’t seen another one listed anywhere until one appeared on Ebay in Jan. 2021 and the only reference to it on the internet or in any of the WEM documentation that I have is in a 1967 WEM flyer (see image at bottom of page).

It has a thin rexine covering on the casing and the original mains indicator (which I had to replace) is the same as the indicator on my Audiomaster. Based on this, I would estimate this unit is probably from the late 1960s and the fact that it appears in a 1867 flyer supports that. I suspect the knobs aren’t original. 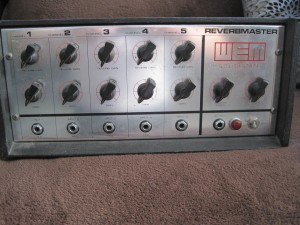 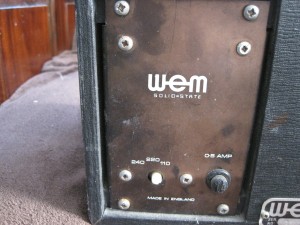 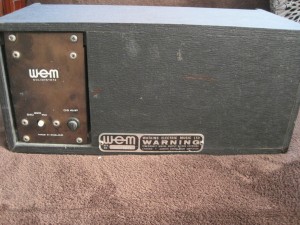 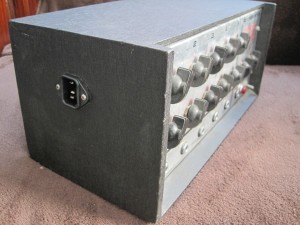 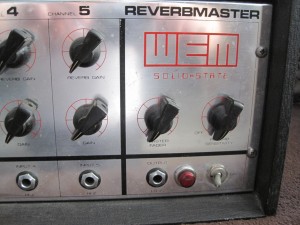 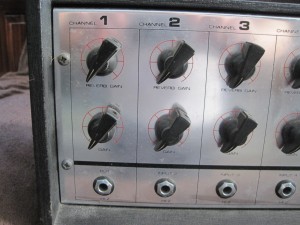 The following image is taken from a 1967 WEM green and white flyer. The Reverbmaster is shown at the bottom of the page.