These cabs appear in the Bell Musical Instruments catalogue from 1975/6.

I acquired these cabs in 2014 (although one has subsequently been sold) and, as can be seen from the pics, they are in mint condition and still have their original covers which are also in mint condition. Strangely, the cabs have different drivers. One has Celestion drivers and the other has the Peerless black “horseshoe magnet” type drivers found in many other WEM cabs. I don’t know the reason for this but I also have a pair of PA cabs with consecutive serial nos. and which also have Celestions in one and Peereless in the other. I can only assume that, at the time, WEM had a supply of both types of driver and it was just pot luck which ones were used. Both cabs are rated at 40 watts and 8 ohms. 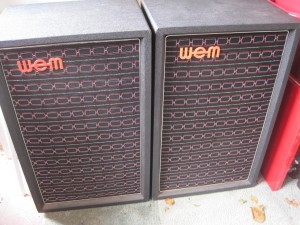 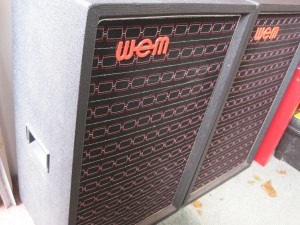 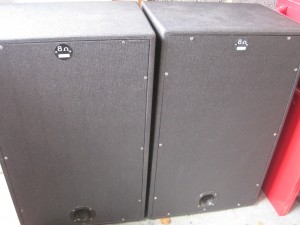