The Soundman is a later mixer / amp.  It appears in the Bell Musical Instruments catalogue for 1979/80. It also has an IEC mains socket fitted as standard and both high and low impedance inputs – both are indicators that this comes from the later days of WEM PA amps.

Additionally there is a 6 band graphic equalizer plus master sliders for volume, reverb level and reverb tone. Sockets are provided for slave output, stereo echo link (for Copicat etc.) and reverb footswitch.

There is a built-in mono 100 watt amp and spring reverb.

I have two of these amps in my collection and they are identical apart from the colour scheme. One has an early black on silver colour scheme and the other is a later (1980s) red on black colour scheme. The earlier one has been extremely well looked after and was originally owned by a member of the Waikiki Beach Boys. It even has its original WEM cover which I think is probably very rare. 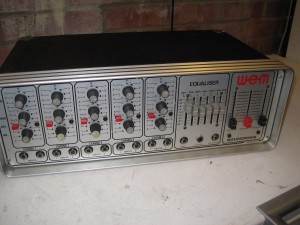 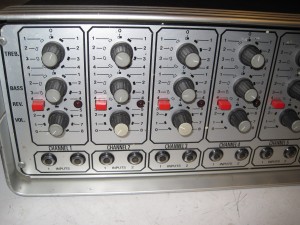 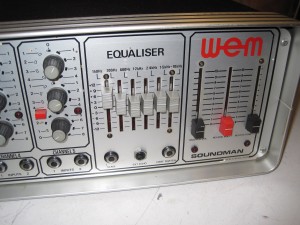 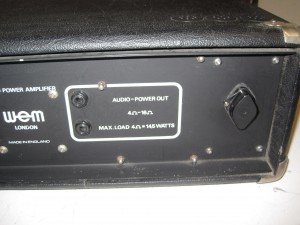 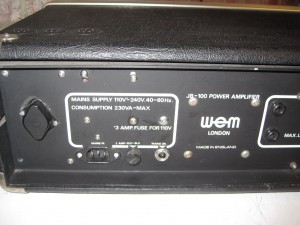 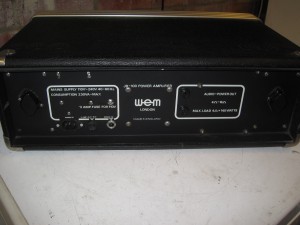 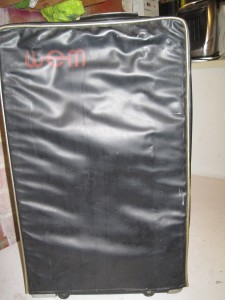 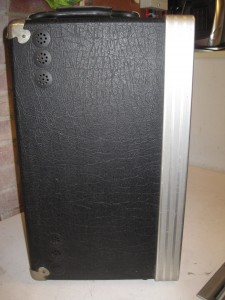 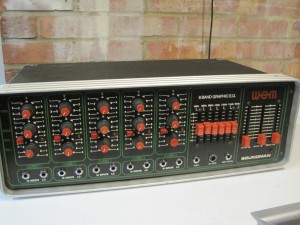 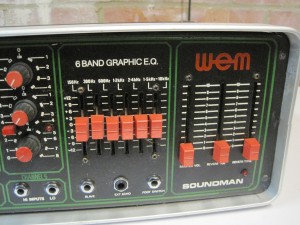 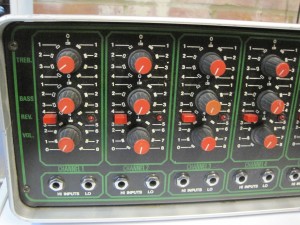 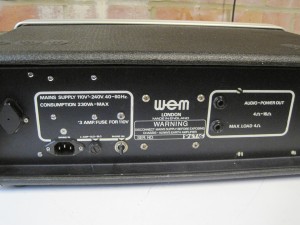 Here is a  – link to the Bell catalogue page.