It is a horizontal cab (same design and size as a Pick-a-Bass) although the grill cloth is the same as the later vertical cabs. This dates the cab to the late 1960s and is very similar to a Dual 12 – 2×12 cab that I have in my collection..

The good news was that it has it’s original casing, silver piping, grill cloth and Goodmans 15″ driver.

The bad news was that a previous owner had painted it with black paint, completely obliterating the original black rexine cover. 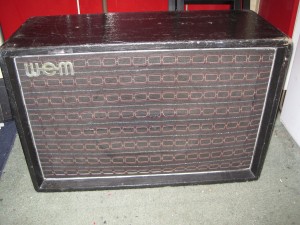 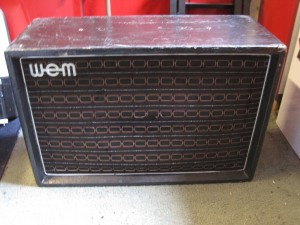 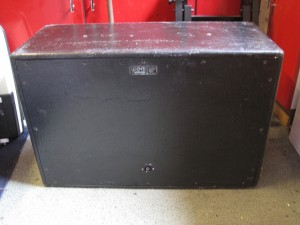 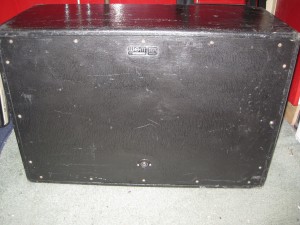 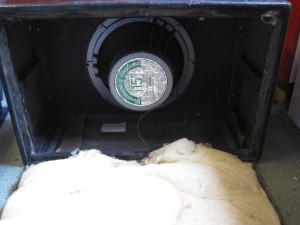 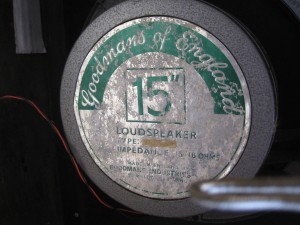 Since taking the above pictures, I have refurbished the cab. This involved –

The following pics show the cab as it is now – 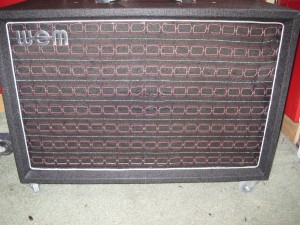 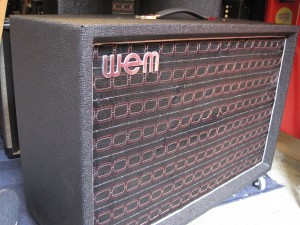 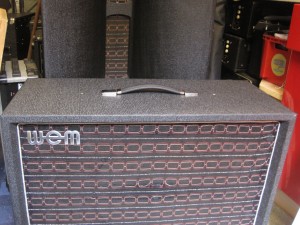 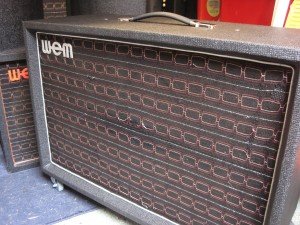 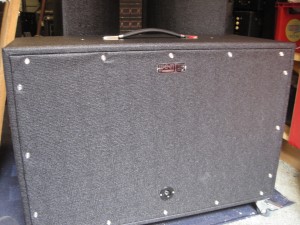 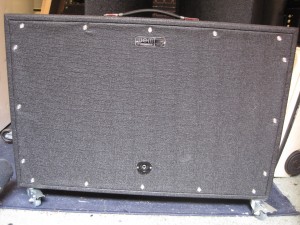