This was acquired in December 2017. It’s a powered wedge monitor which was part of the Soundman / Songbird range and therefore produced probably in the early 1980s.

It has a single 10″ driver plus a horn and according to the WEM literature it’s rated at 200 watts although I’m reliably informed by an amp expert that the MOSFET devices it uses will probably only produce around 75 watts RMS maximum.

I had to replace the 10″ driver as, like nearly all drivers I’ve come across from the Songbird range, the cone had come away from the outer rim due to the sponge like material joining it to the rim disintegrating.

It’s a very basic unit with just a single input and a volume control. The literature suggests you can link it to another powered monitor but I’m not sure how as the only other thing it has is a socket for an extension speaker. 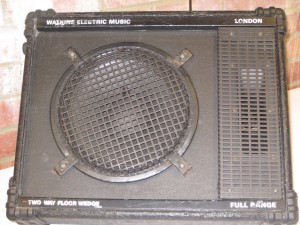 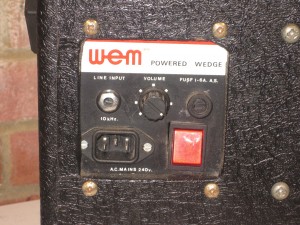 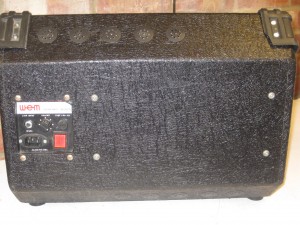