Sadly I don’t have one of these cabs in my collection and they are very rare, partly because I believe WEM only made them to order. I’m not too surprised by that as they are very large and very heavy. However, I recently came into contact with one of these cabs and, although I wasn’t able to purchase it, I know the owner and I’m sure he will give it a good home where it will be well used and looked after. I don’t have any pictures of the inside but I strongly suspect it contains Celestion 15″ drivers as they were widely used by WEM. The 2nd example of this cab further down this page does have Celestions which I believe are original to the cab, which supports the argument that this cab also probably has Celestions. 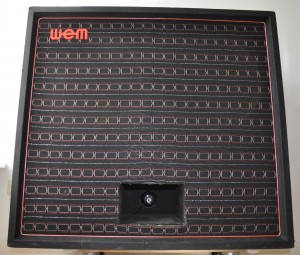 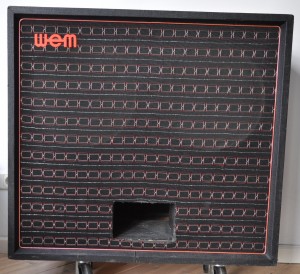 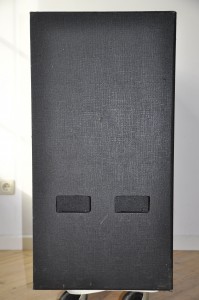 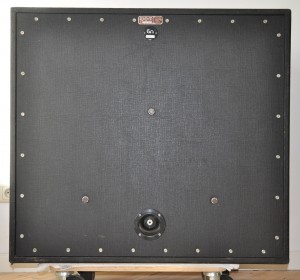 This is another example of the Twin 15 Reflex cab that came up on Ebay recently. Sadly I didn’t win the auction but thanks to the seller for giving permission to use his pictures of the cab, outside and inside. It’s an interesting cab and I believe Pink Floyd were one of the bands that used them. The cab probably dates from the early 1970s and it appears in the WEM black and white fronted brochure from 1974. 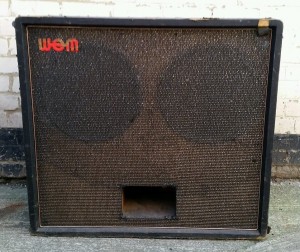 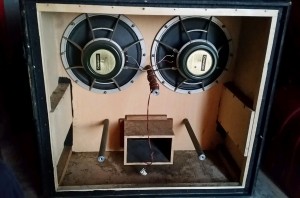 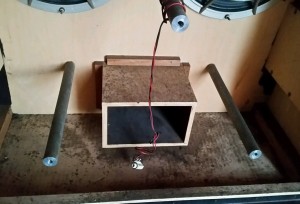 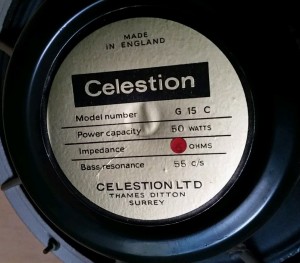 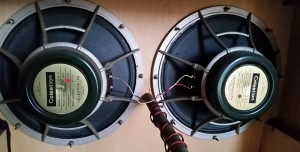 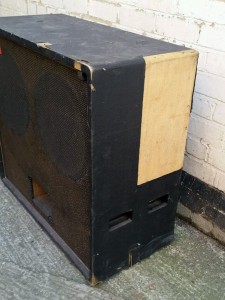 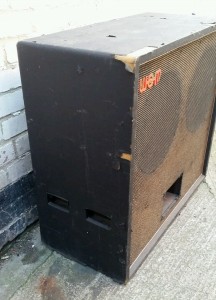 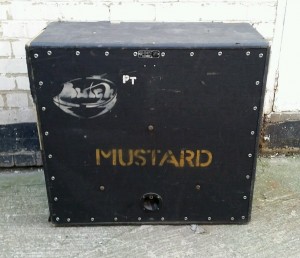 The owner who sent me the pics replaced the original grill cloth with the more recognisable grill cloth. Here are some pics, kindly supplied by him, showing how the cab looks now – 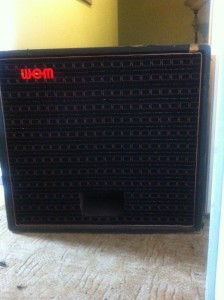 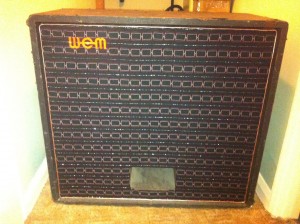 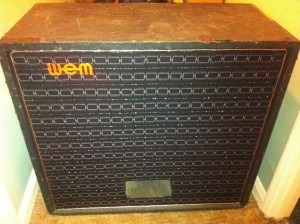 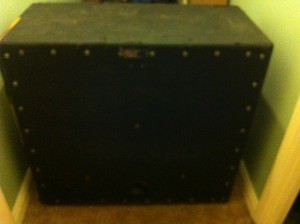 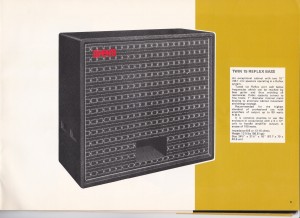 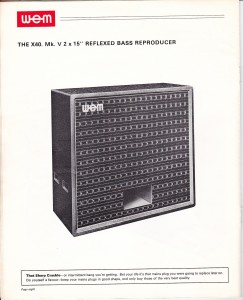