I have 2 Dual Twelve cabs which are very similar but have some minor differences.

Cab 1 – I picked up this cab in July 2015. The first pictures show it exactly as I purchased it and I have added some further pictures taken during and after refurbishment.

It needed some refurbishment which I have just completed (Aug. 2015) –

This is an unusual cab as it is open back. The paper thin black tolex/rexine, unpainted metal logo and silver piping would suggest that this cab was probably made in the late 1960s, between the time when WEM produced the blue cabs such as the Pick-a-Bass and the time when the more familiar upright cabs with the bright red logo were produced. 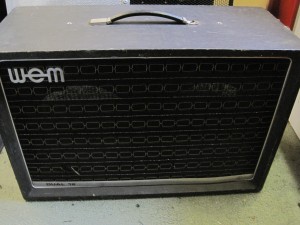 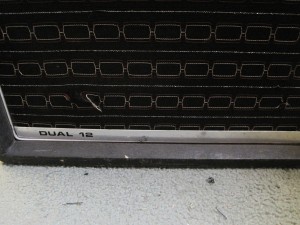 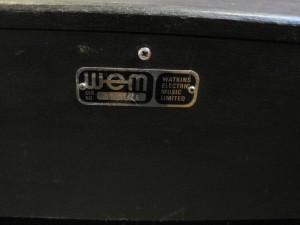 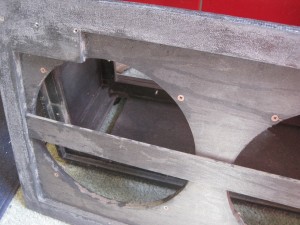 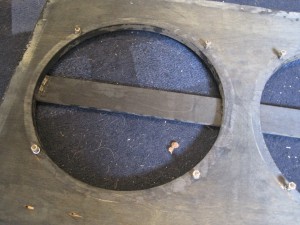 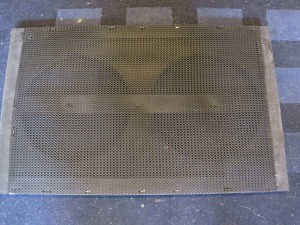 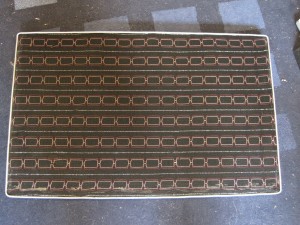 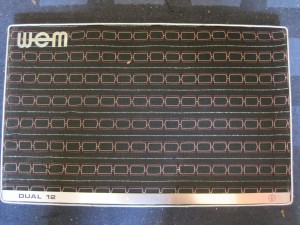 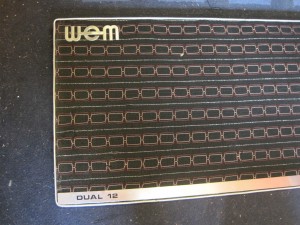 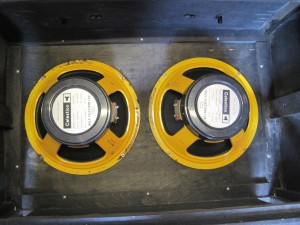 And finally the finished cab. It probably doesn’t look that much different in the pictures to how it looked when I got it. However, to the naked eye it looks better and it sounds pretty good with the Celestions fitted. 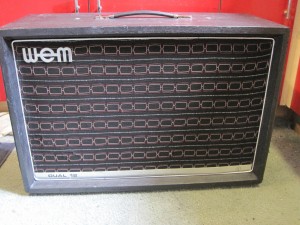 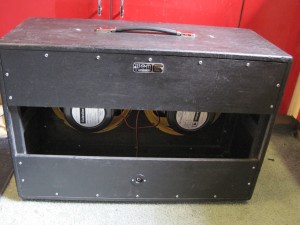 Cab 2 – This cab was acquired in August 2017 and I have just (Sept. 1st 2017) completed refurbishment. It’s very similar to cab 1 shown above with the only noticeable differences being that it doesn’t have the well known WEM badge but, instead, it has the central metal strip with the WEM logo and cab name. I’m reasonably sure that this means this cab is slightly earlier than Cab 1. 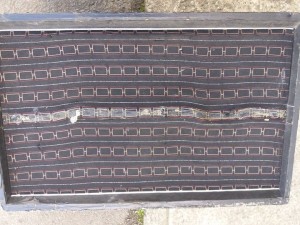 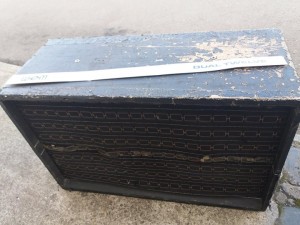 First task for the refurbishment was to strip the cab, including removing the grill cloth and all screws etc – 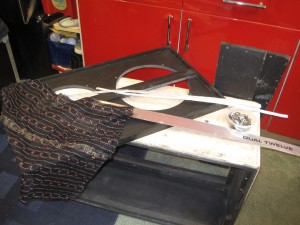 I then cleaned the grill cloth and repainted the baffle board. Next task was to re-assemble the baffle and this included fitting a replacement layer of scrim under the grill cloth, in place of the original black net type material which was badly damaged.

I also rubbed down the casing, removed any loose rexine, and filled in any holes. I was then able to fit the new black basket weave tolex – 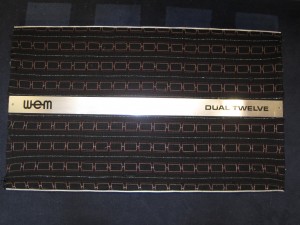 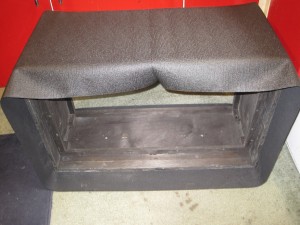 Next task was to cut and shape all the corners and edges on the tolex and then refit the baffle and load some drivers.

And here is the finished cab. It’s a shame i couldn’t save the original rexine covering but it was just too far gone and so black basket weave tolex had to be used instead. Fitted with a pair of Goodmans 12P drivers, the cab is now completed and ready to use and it should be capable of handling up to 100 watts. 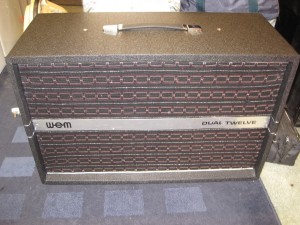 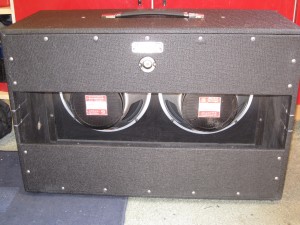