An iconic 5 channel mixer, and probably the best known of WEM’s stand-alone mixers. It was used in the 1970s by many bands such as Pink Floyd and The Who in the early days of stadium and festival PA systems. There were at least 2 variations of this mixer and it became quite popular as it was one of the first to include monitoring (foldback) facilities and it could also be linked to a 2nd Audiomaster to give 10 channels in total.

The first was acquired via an on-line sale (not an auction) in November 2015. When I purchased it the reverb didn’t work and several of the controls either didn’t work or were very scratchy. However, all working now and sounding great – thanks to Ian Woledge. This particular one is a later model, probably from around 1974, which you can tell as it has the additional foldback gain controls on each channel just above the channel Gain controls. It also has a case. I know that WEM did supply cases for Audiomasters and, judging by the state of the case, I think this one is probably an original. 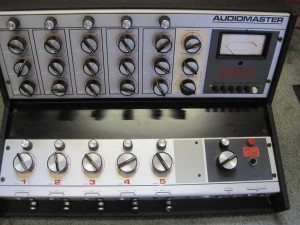 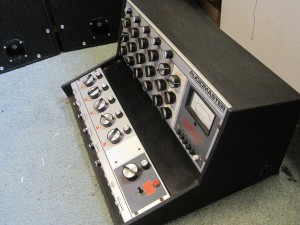 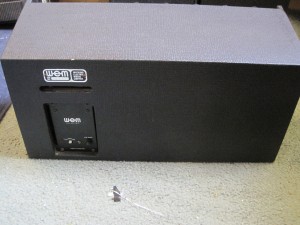 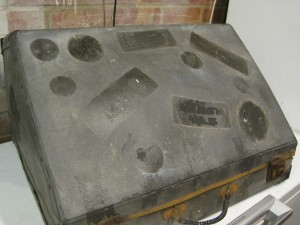 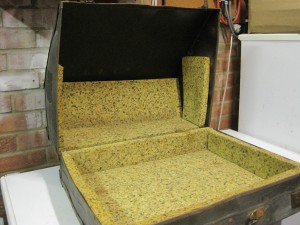 Here is the case after a bit of a clean and polish and with the rusty metalwork painted with Hammerite. 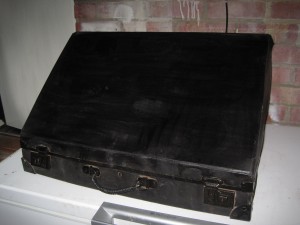 This 2nd Audiomaster joined my collection in November 2016. It’s extremely unusual as it has white tolex covering. This is its original colour. It has definitely not been painted. This Audiomaster is another later one as it also has the additional foldback gain controls on each channel just above the channel Gain controls. 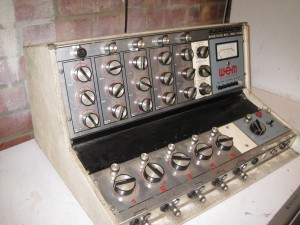 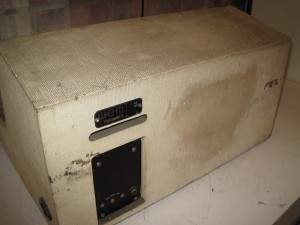 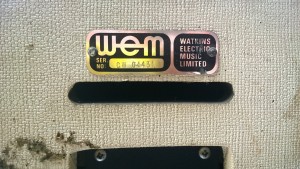 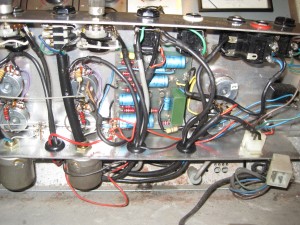 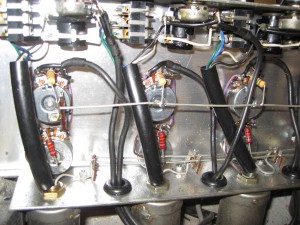 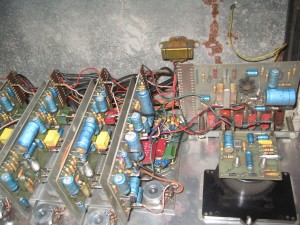 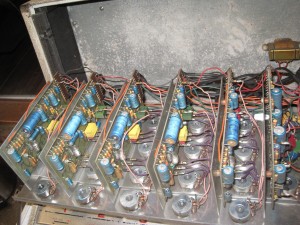 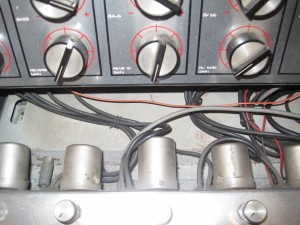 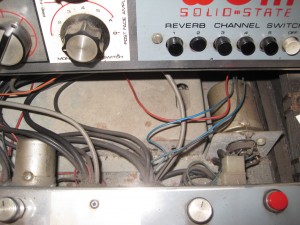 I’ve used some upholstery cleaner and white polish to clean it up a bit. Not perfect by a long way but better than it was – 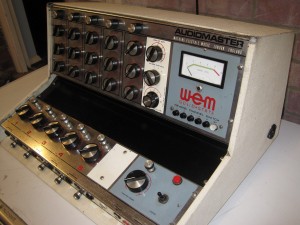 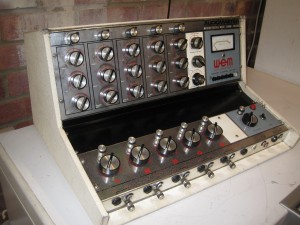 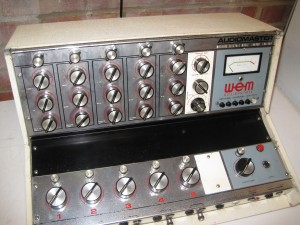 This next Audiomaster was in my collection but has since been sold. This particular one is an earlier model which you can tell as it does not have the additional foldback gain controls 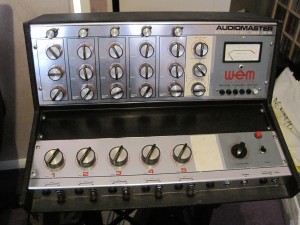 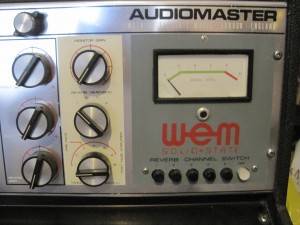 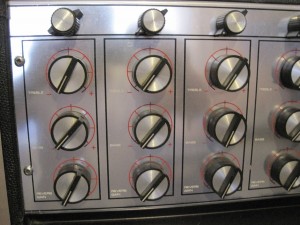 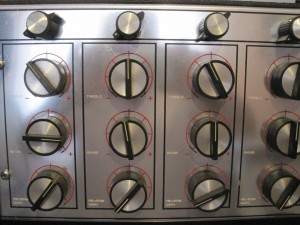 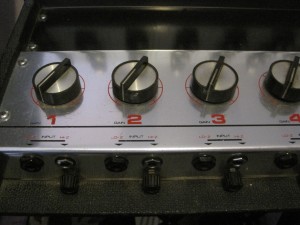 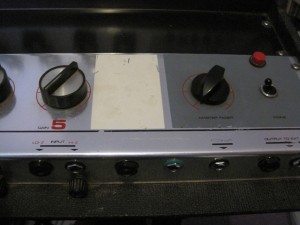 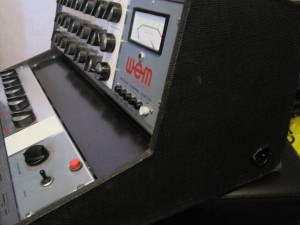 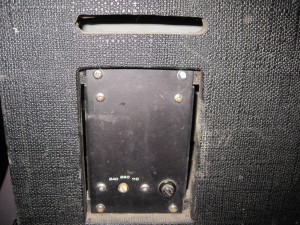