WEM made 2 cabs for use as monitors. The Foot Monitor is a 2×12 monitor but the cab shown here is a basic 1×12 cab. I acquired in in July 2017 and it was almost certainly made in the late 1960s and I base this on several factors. Firstly, the covering is the early wavy patterned and very thin rexine. The piping is gold rather than the later red/silver. And the serial no. is CW02387. As far as I’m aware this cab is 100% original, including the early driver which is a 50 watt, 12 Ohm Goodmans. 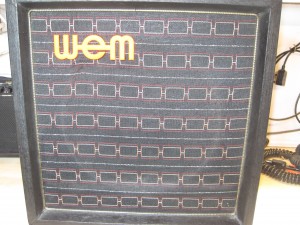 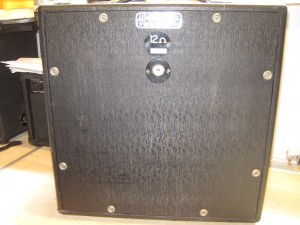 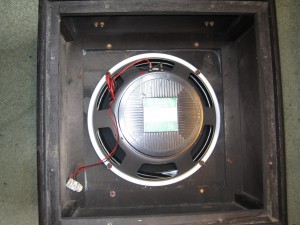 The cabs shown in the following link are heavily restored cabs –