This is a 4 channel mixer / amp with built-in 100 watt solid state amp. It also has built-in Hammond spring reverb.

There is a push button switch on the front panel which enables the unit to be used in stereo mode but this does require an additional slave amp connected to one of the master output sockets. 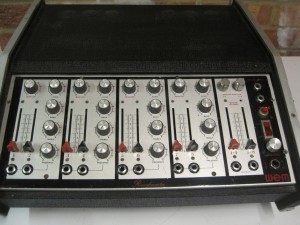 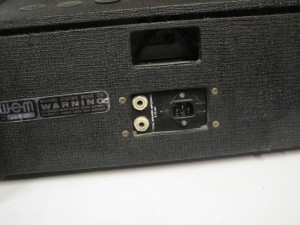 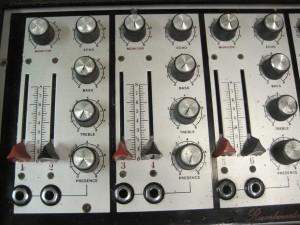 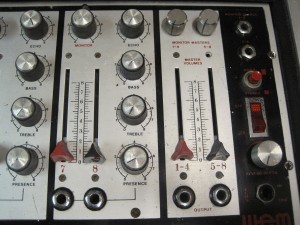 There is more info on the spec. of this mixer amp in the catalogue page.

I’ve now acquired a second example of this mixer / amp. Everything is the same except that the knobs are slightly different. Inside, the power amp stage had major issues so it was replaced by a similar but more modern power amp which had the advantage of being much lighter in weight and having much less mains hum whilst still having a very useful 100 watts output.