The drivers are unmarked but I’ve been advised that they are probably early Fanes and I would guess they are about 50 watts each, making the cab 100 watts in total. I’m not sure that these drivers are original to the cab as I’ve not seen them used in any other WEM cab. However, the previous owner contacted WEM who advised that the modern day equivalent would be a Celestion G12. WEM also advised that the 7 oblong panels on the front of the cab were made from WEM Pepe pedals. 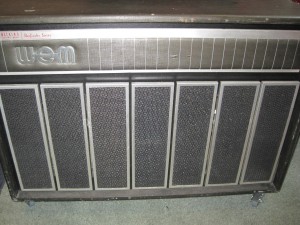 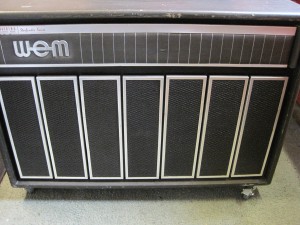 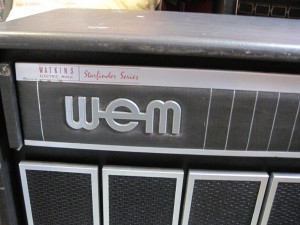 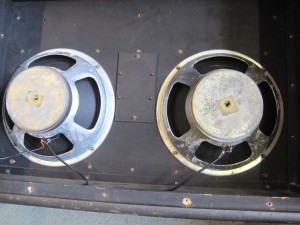 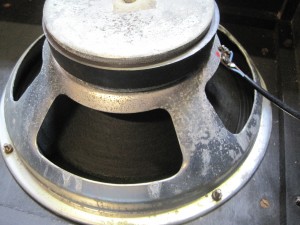 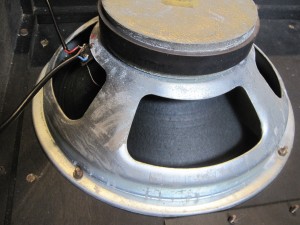 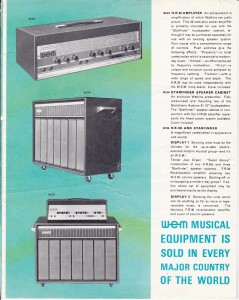