I acquired this combo in June 2016. There is a date stamp inside the case indicating it was made in 1958 but that’s just the case. The valves are dated 1959. The tremelo wasn’t working when I got it and the casing needed some touching up but Ian soon sorted out the tremelo and a few other bits that were showing signs of age so the amp now works a treat. I’ve also done some touching up on the casing but the patterned rexine covering hasn’t been made for many many years so it’s just a very basic cosmetic tidy up. I will add some pictures at a later date and, as it stands, it sounds pretty good and surprisingly loud and it has its original Elac speaker which is working well.

It seems that this particular combo is an odd variant that has following valves :- 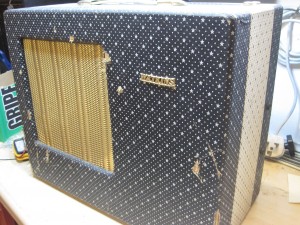 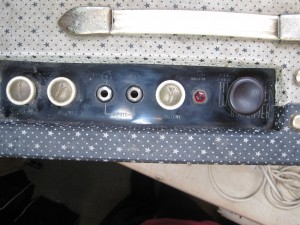 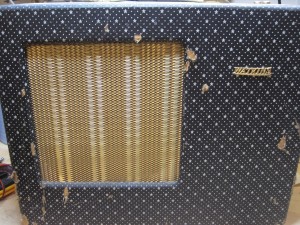 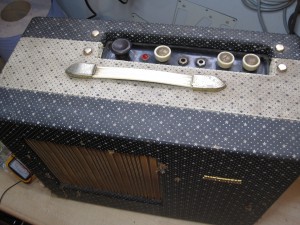 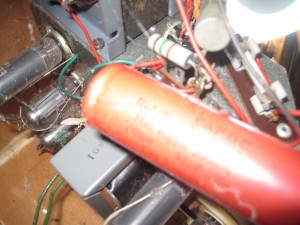 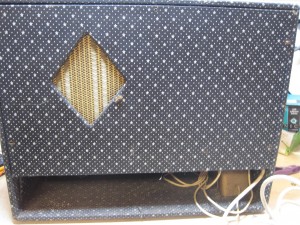 The following pic was supplied by amp tech, Ian Woledge, and shows part of the inside of the amp removed to be worked on. 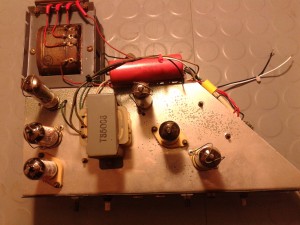