This mixer / amp came in 2 versions.

One version had a stereo option although you would need to link a slave amp to get stereo. I’ve included pictures of my amp at the bottom of the page and you can see that it has a mono/stereo switch and stereo output sockets on the front.

I also have the standard mono version. It consists of 4 channels, each channel having 2 inputs, volume, bass and treble controls. There is no reverb, just a master volume slider, a slave output socket, and a stereo socket for linking an echo unit such as a Copicat.

The Bandmixer pictured has replacement slider knobs as some were missing when I acquired it and the others were used on my Reverbmaster. 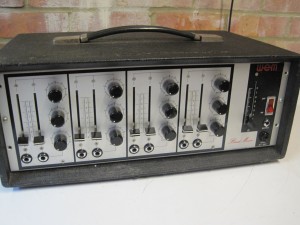 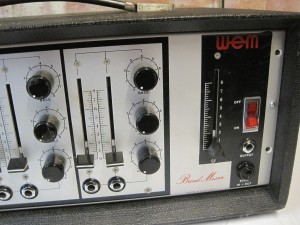 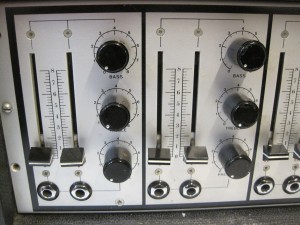 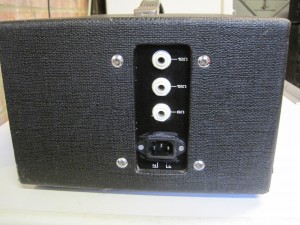 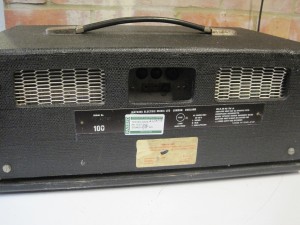 The stereo version has a sloping front. Like the mono version it has 8 inputs with individual volume sliders and four sets of bass, treble and presence controls. However, it has two master faders, one controlling the left 4 inputs and one controlling the right 4 inputs. Strictly speaking it’s not a stereo amp as it only has a single mono power amp but if you link a slave to the appropriate socket on the front and then flick the toggle switch to the stereo position, then it does work in stereo with 4 inputs going to the built-in amp and the other 4 going to the linked slave amp. The first stereo Bandmixer that I had (but no longer have) had a stereo socket on the front for connecting an external device such as a Copicat echo unit but the stereo Bandmixer that i currently have doesn’t have that socket and I suspect was probably made earlier.

Version with socket for external effects – 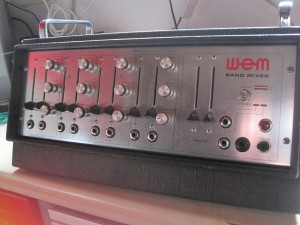 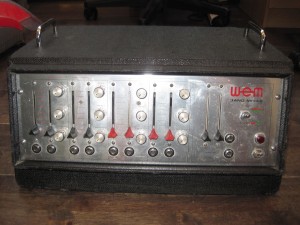 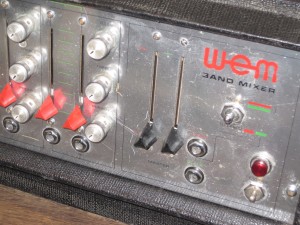 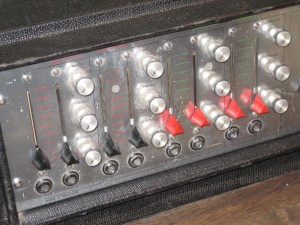 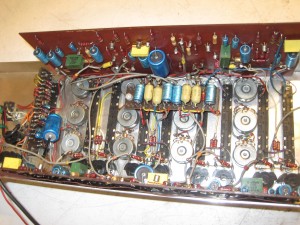 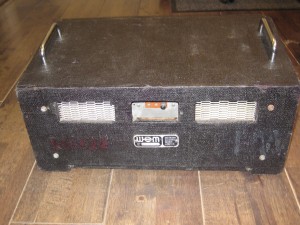 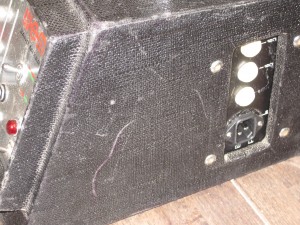 Here is  – a link to the WEM catalogue – showing the Bandmixer and its technical specification.