There seem to have been various versions of the Club PA speaker. I can’t be sure of the dates but I believe that the earlier Club PA cabs (early 1970s) had two variations. One was referred to as the Club System speaker and it contained 1×12″ driver and 1×10″ driver. The second variation was referred to as the Club System “H” which was the same as the Club System but with the addition of a Celestion tweeter. The tweeter was situated between the two drivers and was not visible from the front.  Around 1973/1974 there seems to have been a change. The Club speaker was a 2×12″ cab and the Club System contained 1×12″ plus 1×10 plus a tweeter with the tweeter being seen separately at the top of the cab. Around 1975/1975 the Club System 10″ driver was replaced by another 12″ driver. I only have a few examples to go on so the dates and variations may not be exactly correct but I have based the above info on what I can find in the catalogues that I have.

I have acquired a pair of Club System cabs in February 2016. I know they are called Club System as the white label is still legible on the back of the cabs. I’ve included a picture of the inside where you can see the 12″ driver at the bottom of the cabs and a 10″ driver at the top. The 10″ drivers are clearly later replacements as they are Soundlab drivers which weren’t made when the cabs were made. What’s interesting is that you can also clearly see where the horn/tweeter would have been fitted to make these into Club System “H” cabs. There is no indication that a horn was ever fitted as there is no wiring for a horn and no markings on the baffle where a horn would have been fitted. I can therefore only assume that WEM used the exact same cab and either did or didn’t fit a horn depending on what type of cab it was destined to be. What’s also interesting is the board that splits each cab into two sections. I’ve only seen this on these cabs and the later 2×12 PA cabs that I have don’t have this dividing board. 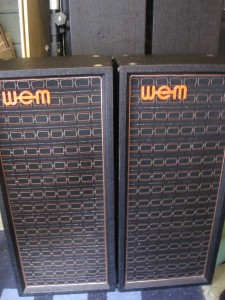 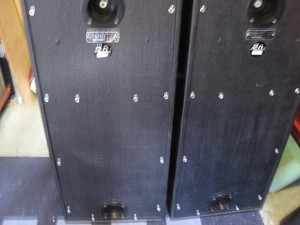 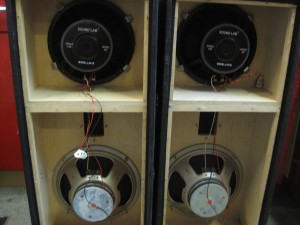 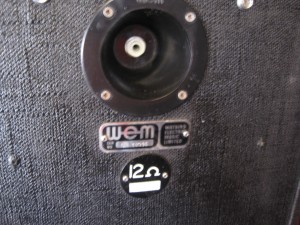 I’ve recently (Jan. 2019) acquired an early pair of Club System “H” cabs. These are very similar to the above Club System cabs except that they each have a Celestion T1360 horn fitted in the centre. They also appear to have their original Celestion 10″ drivers and they have been wired as 24 ohms so I believe they were intended to be used in sets of 4 in order to achieve the 6 ohms put out by WEM amps. However, there’s no reason why they couldn’t or shouldn’t be used with smaller amps up to 50 watts that can handle a 12-15 ohm load. 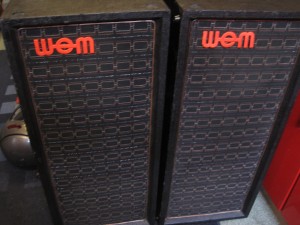 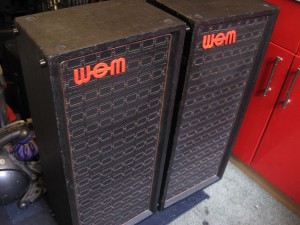 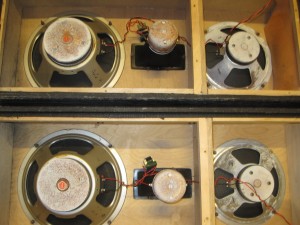 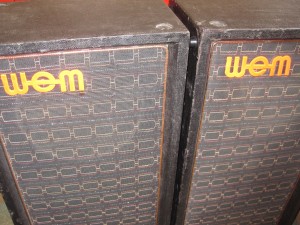 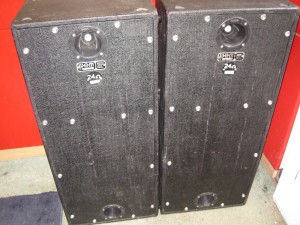