The Vendetta PA columns were WEM’s attempt at a full range speaker column. I acquired this pair in June 2016.

They were designed to handle 100 watts per pair and each column had an impedance of 12-15 ohms.

The Vendettas that I purchased were fully loaded but, as can be seen from the pics, one of the 10″ drivers is not original. I also have doubts that the 12″ drivers are original as I have not come across this particular model of 12″ driver in any other WEM cab.

(I also acquired and restored another pair of Vendetta columns which I then sold on. You can see pictures here :-  Vendata column refurbishment.  ) 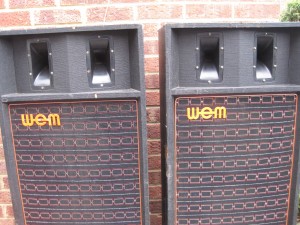 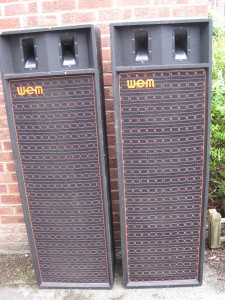 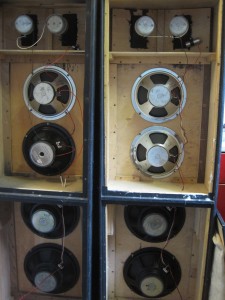 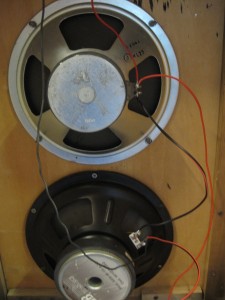 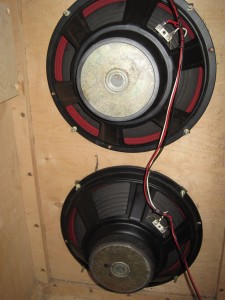 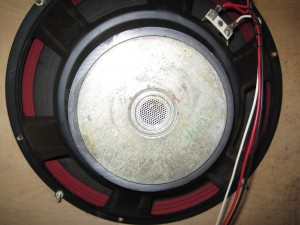 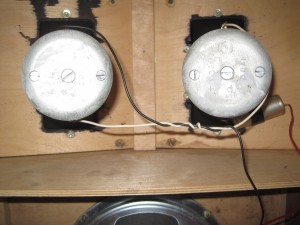 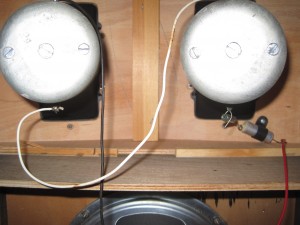 The odd 10″ driver turned out to have 2 ohm impedance so the sound distribution across the cabinet was completely wrong. Ideally I would have liked to install matching sets of 12″ and 10″ drivers from the same time that the cabs were made but finding matching sets of drivers would have been almost impossible and extremely expensive.

So I decided to leave the 12″ drivers as they were – they were working well so no real need to change them. I then installed matching pairs of 10″ drivers taken from a Carlsbro 4×10 cab. Although designed primarily for bass, the 10″ drivers were the right impedance and sounded pretty good when connected up to the 12″ drivers and the horns. And so now, both cabs have the same driver configuration and they sound great. Also, the cabs cleaned up well. They needed very little cleaning and the grill cloth was in good enough condition for them to not require any further attention.