The Songbird cabs date from the late 1980s. There were several cabs in the range (click here to see details of full range) but my only experience has been with the Songbird 200 and 300 PA cabs. They were designed by Charlie mainly with the accordion in mind. I’ve never used them with an accordion but I assume they did the job. There were also some Songbird combos in the range.

I acquired a pair of Songbird 200 cabs originally but I returned them to the seller as the drivers were beyond repair. The 200 cabs contain a single 10″ speaker plus a horn.

I later acquired a pair of Songbird 300 cabs but I had been warned in advance that the drivers needed replacing so I paid an appropriate price for them.

I have to admit, I’m not a fan of the Songbirds. The cabs are made of chipboard and are very basic. They don’t seem to have the same build quality or build material as earlier WEM cabs and I suspect the sound quality probably doesn’t match earlier cabs either.

The drivers are given a very high power handling capability but, my experience is that the drivers do not last as long as the drivers used in earlier cabs. You can see what I mean from the following pics – 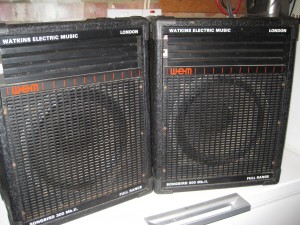 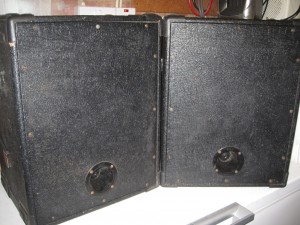 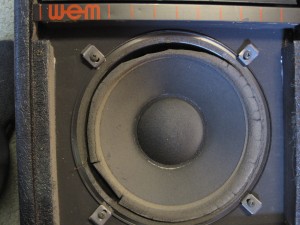 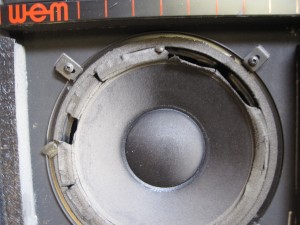