This 6 channel, 12 input  mixer/amp appears in the 1979/80 Bell Music Instruments catalogue. It also appears in the Songbird Cabs and Soundman Amps catalogue which dates from the late 1970s/ early 1980s. It’s known under different names as, on the front, it states Audiomaster Power Mixer but, on the back, it states JB-200.  It’s described as a 200 watt Power Mixer with reverb, fold-back, and comprehensive mixing facilities. Each of the 6 channels has 2 high impedance jack inputs with active controls for bass, treble, presence plus volume and fold-back level controls plus a reverb/echo on/off push button. The Master section has sliders for reverb, output and fold-back levels plus controls for reverb tone and fold-back reverb level. There is also an illuminated pre-fade meter. On the rear panel, along with the 4 speaker jack sockets, there are sockets for fold-back (monitor) output, slave output, echo/reverb footswitch, plus a stereo jack socket for echo send/return. There is also a din socket for tape play and record via a tape deck. The power amp contains 4 x 2N3773 transistors and the amp is rated at 200 watts into 4 ohms or 120 watts into 8 ohms. It all folds up into a neat attache case style box.

I currently have 2 of these –

The first example joined my collection in August 2016 and, judging from the internals, I think it has had some mods done to the power supply but everything else looks original and it’s in good working condition. 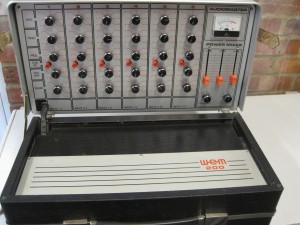 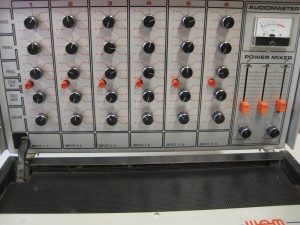 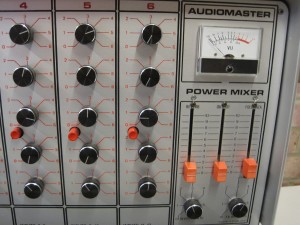 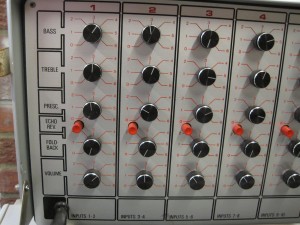 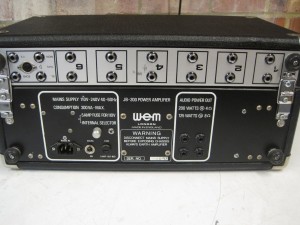 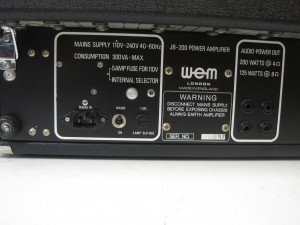 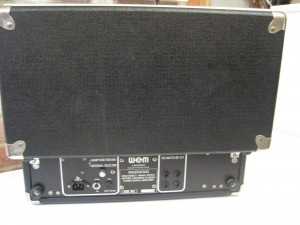 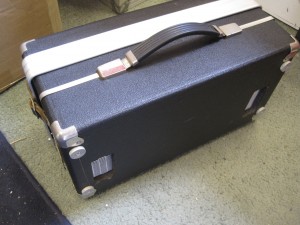 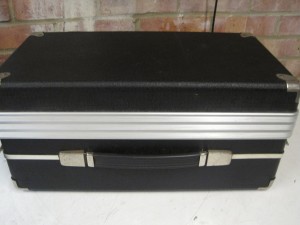 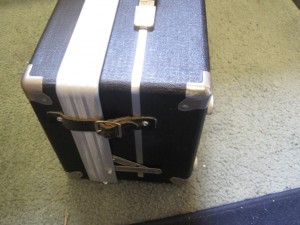 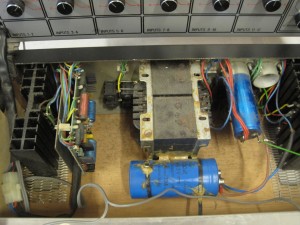 I acquired this second example in October 2016. The internals are unmodified and exactly as they should be. It’s in good working condition and just needed a new handle and a good clean up when I acquired it. 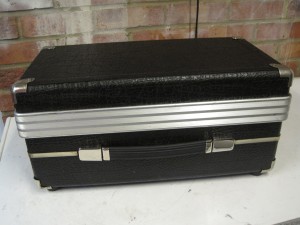 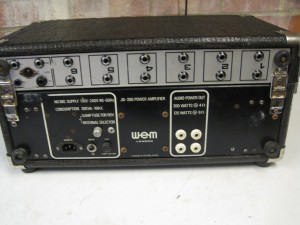 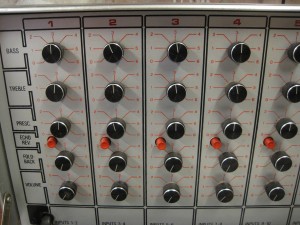 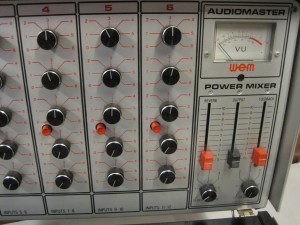 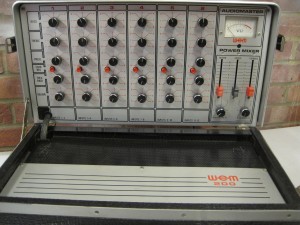 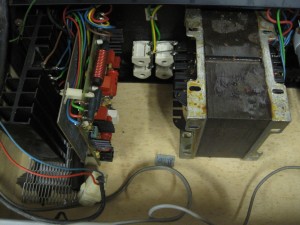 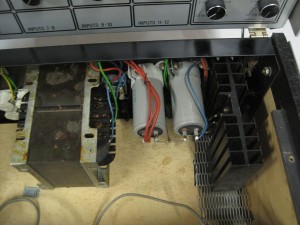 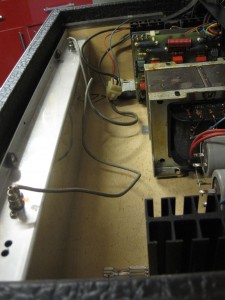