Acquired this cab in October 2015. It almost certainly dates from the late 1960s – the same era as the Pick-A-Bass and Power Bass cabs.

The first picture gives an indication of the untidy state it was in when I acquired the cab. It contained a Wharfdale 15″ driver – not a bad driver but probably not original. It also had a lot of marks and scuffs all over the cabinet plus a large hole on one side which had been covered by a plastic plate.

I replaced the driver with an authentic Goodmans 15″ driver, which is probably what would have been in the cab originally. I couldn’t do anything about restoring the cab on the side where the large hole had been cut so the only option was to make the hole the right size to fit an inset handle and then do the same on the other side. Although it loses originality it does at least look presentable. I then cleaned and polished the very thin black rexine covering. It still doesn’t look brilliant but it’s better than it was. 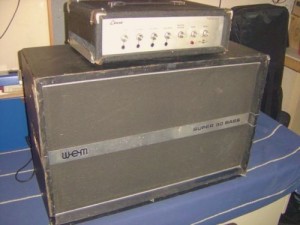 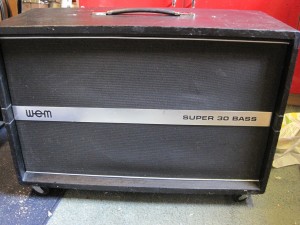 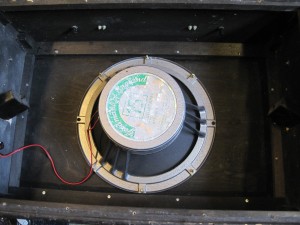 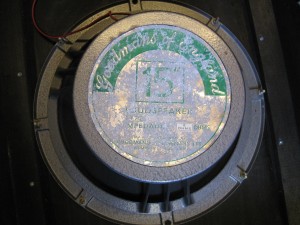 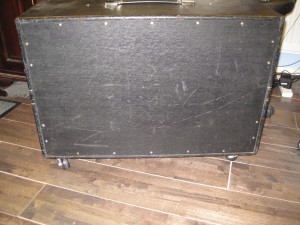