I acquired this combo in January 2016. To be totally honest I think this is my least favourite of my WEM combos. It doesn’t appear in the Bell Music catalogue for 1977 but it does appear in the 1979/80 catalogue which dates this combo to the late 1970s or early 1980s. The catalogue describes it as a new designed Westminster with valve circuitary, heavy duty 12″ speaker, and suitable for guitar, organ or bass. It also rates it at 15 watts and it sold new for £91.

Although rated at 15 watts, the circuitry appears to be almost identical to the Mk IX Westminster which is rated at 10 watts. It has the same valve compliment of a pair of ECL82 (better known as 6BM8 in the US) power valves and a single ECC83 valve on the pre-amp front end. A couple of resistors and capacitors have different values to the Mk IX version but that’s about all. My amp tech. tells me that it would be quite difficult to get much more than 10 watts from this amp.

However, having said all that, it’s not a bad sound and the Rola Celestion G12 driver does a good job.

The aspect I like least about this combo is that the amp chassis is fitted to the casing using bolts and rubber suspension spacers. It may just be the specific example that I have but the method of fitting the chassis means that the front fascia does not fit well into the main casing. The lettering at the bottom is almost lost and there is quite a significant gap between the fascia and the casing. There is a degree of adjustment possible with the fixing bolts but I’ve found that it isn’t enough to give a good fit. Perhaps the rubber spacers have shrunk or changed shape over time. I would be interested to hear if anyone else has found the same issue on other examples of this combo.

Here are a few pics of the combo in my collection – 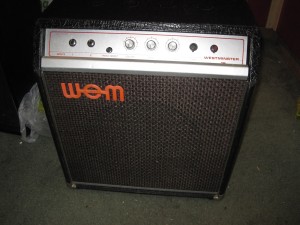 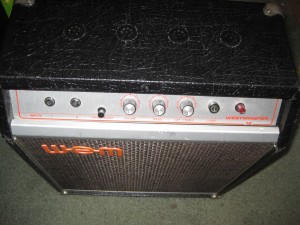 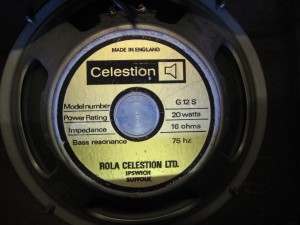 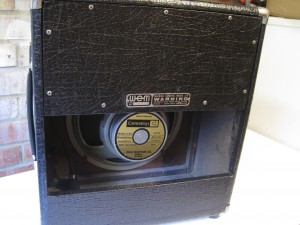 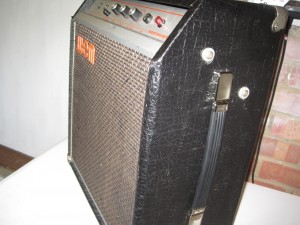 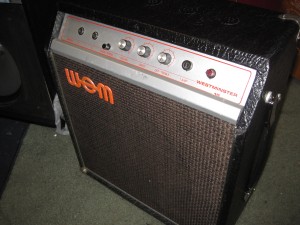 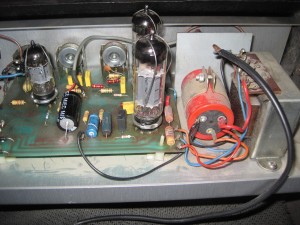 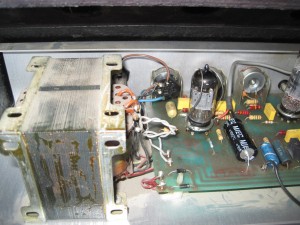