The Custom Copicat is a mixture of a Mk II valve Copicat and a solid state Mk IV Copicat – which is why it is sometimes referred to as a Mk III. Just to add to the confusion, I have seen copies of original WEM schematics with the WEM name. One was a valve Copicat and one was a solid state Copicat but they were both labelled as MK III Copicats???

The valve circuitry on the Custom Copicat, as far as I can tell, is basically the same as the Mk II, but the casing and fascia layout closely resemble a Mk IV. The Custom Copicat that I have has a pair of ECC83 valves and a single 6BR8 valve.

I acquired my Custom Copicat in January 2016 and, as can be seen from the picture below, it wasn’t in particularly good condition. 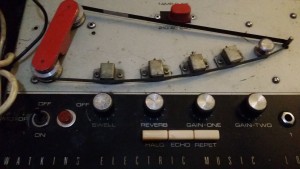 Phase 1 complete – The circuitry was looked at by a technician (Ian Woledge) who specialises in Copicats and, after having a new valve and resistor fitted and the heads thoroughly cleaned, it now sounds excellent. Next stage was to work on the casing.

Here I have a confession to make – I managed to acquire a Mark IV with a good casing. The original casing for the Custom Copicat was in very poor condition so I have used the Mark IV casing and so, now, the whole thing looks and sounds great. 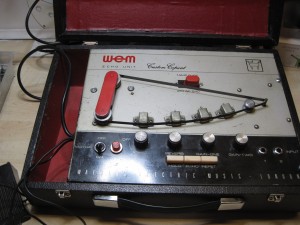 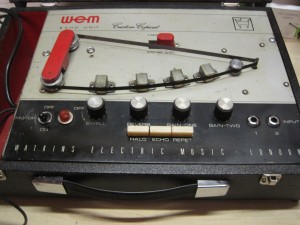 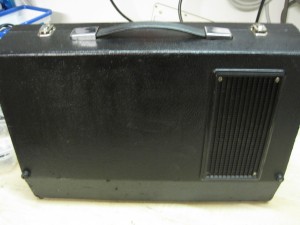 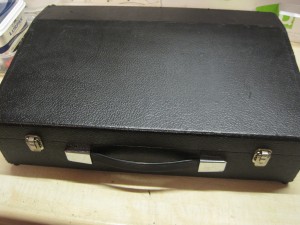 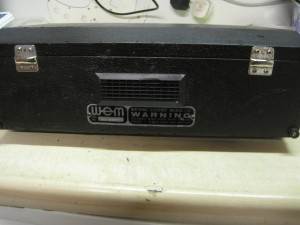 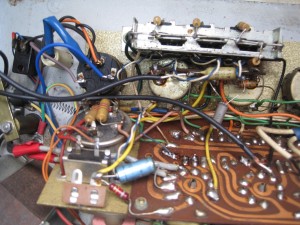 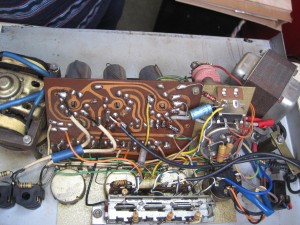 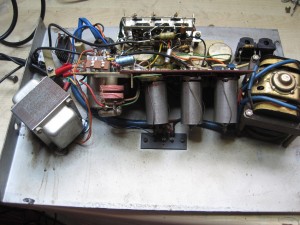 Many thanks to Richard for the following pictures of his Custom Copicat. This is a slightly earlier one than my own as it has the earlier white knobs which can also be found on the earlier Mk II Copicat –