I picked up this amp a few years ago.

It was in a sorry state when I got it, as can be seen by the “Before” pictures below. The good news was that it did work and still had its original Mullard valves.

It looked and sounded a lot better after refurbishment. I fitted replacement grill cloth, WEM logo, handle and Fane speaker. I also cleaned it up and fitted original WEM knobs, including the silver centres.

The Dominator is rated at 15-18 watts and I’ve been told it was used as the model for the Marshall 18 watt amp that is now highly sought after. I’ve also been told that the circuit is a fairly standard one for this type of amp. Regardless of this, it is still one of the best sounding amps you’ll ever find for guitar. The Dominator III is identical to the Dominator Bass Mk I and the Power Musette apart from the fact that they used different drivers. The Bass Mk I had a 15″ bass driver and the Power Musette had a 12″ twin cone driver designed more for keyboard use. 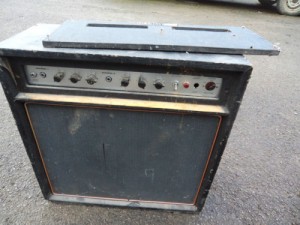 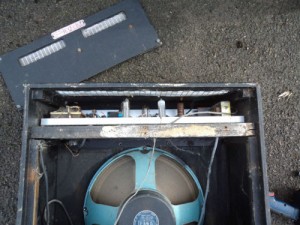 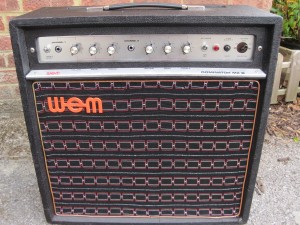 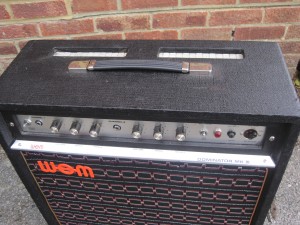 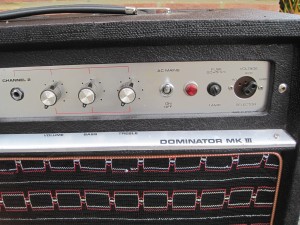 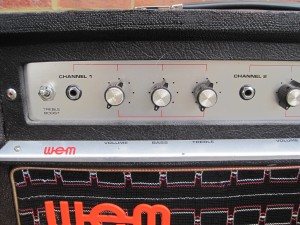 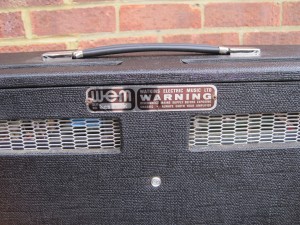 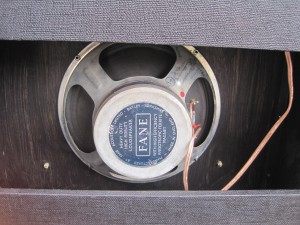 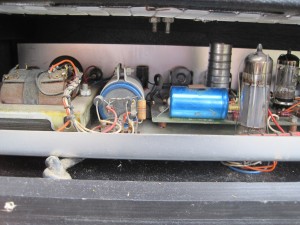 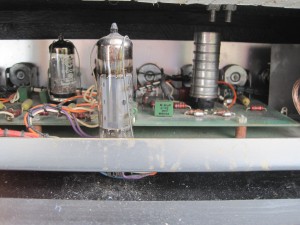